The Japanese Theatre by Benito Ortolani :

On the Art of the No Drama : The Major Treatises of Zeami (Princeton Library of Asian Translations) A fifteenth-century Japanese dramatist shares his experience and viewpoints concerning no plays, acting, music, movement on stage, and style. 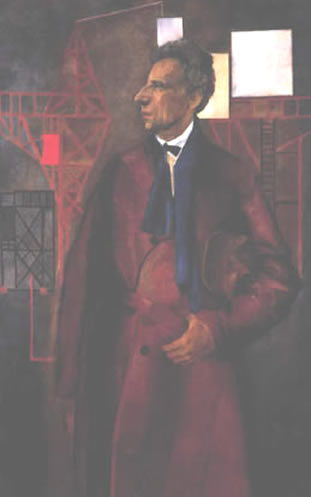 The Moving Body: Teaching Creative Theatre by Jacques Lecoq In The Moving Body, translated into English for the first time, Lecoq shares his unique philosophy of performance, improvisation, masks, movement, and gesture. Neutral mask, character masks and counter-masks, bouffons, acrobatics, commedia, clowns: all the famous Lecoq techniques are include here. The Moving Body is the written legacy of a great theatrical imagination. The Cambridge Guide to Asian Theatre by James R. Brandon (Editor) This paperback edition, incorporating corrections and updates, contains more distilled information on the theatrical arts of Asia-Oceania than any other single volume yet published. A broad-ranging pan-Asian essay lucidly explores the basic themes of ritual, dance, puppetry, masks, training, performance, while national entries provide the historical development of theater in twenty countries. Major theater forms of each country are accompanied by entries on significant playwrights, actors and directors. An index and reading lists make this work indispensable.

Japanese No Dramas (Penguin Classics) $10 The significance and effect of Noh drama is roughly equivalent to that of the plays of the great tragedians of ancient Greece. Noh combines the spiritual influences of the Buddhist and Shinto religions and the Japanese flair for densely woven, yet elegantly simple, verse in haunting allegories of enlightenment. Every detail, from set construction to the ritual motions of the actors on stage, heightens the poignancy of the plots. While the text of many of the plays are only a few pages long; a performance of a Noh play can last several hours. These plays are not only touching and intensely spiritual, but also provide a valuable resource for westerners who want to understand the roots of Japanese culture. Mask: A Periodical Performance by Edward Gordon Craig (Routledge Harwood Contemporary Theatre Studies) No study of modern theater is complete without a thorough understanding of the enormous influence of visionary genius Edward Gordon Craig. Born in England in 1872, Craig went on to become famous world-wide as an actor, manager, director, playwright, designer, and most importantly an author and theorist, whose books were translated into German, Russian, Japanese, Dutch, Hungarian, and Danish.
Although an essential parallel to the European avant-garde, Craig was often read as "exceptional" and highly innovative in his native Britain, thus, The Mask not only appears as Craig's main cosmopolitan project but also at times functions as a surrogate stage for his experiments in theater practice. The book has a comprehensive chronology, extensive notes and a bibliography making it an essential text for undergraduates, postgraduates, actors, theatre professionals, designers, directors, researchers and writers in the fields of theatre studies (especially theater set and lighting) and theater history.

The Masks of Menander : Sign and Meaning in Greek and Roman Performance This book provides a detailed analysis of the conventions and techniques of performance characteristic of the Greek theatre of Menander and the subsequent Roman theatre of Plautus and Terence. Drawing on literary and archaeological sources, and on scientific treatises, David Wiles identifies the mask as crucial to the actor's art, and shows how sophisticated the art of the mask-maker became. He also examines the other main elements which the audience learned to decode: costume, voice, movement, etc. In order to identify features that were unique to Hellenistic theatre he contrasts Greek New Comedy with other traditions of masked comedy, and shows how different Roman conventions of performance rest upon different underlying assumptions about religion, marriage and class. David Wiles offers theatre historians and classicists a radical new approach to reading play texts. His book will also be useful to archaeologists seeking to understand what masks mean and how Greek and Roman theatres were used. ©2004 filmplus.org *
* home * about * guide * classes * advertise * faq * contact * news * forums * mailing list * bookstore * ebooks * search * calendar * games * polls * submit your link * web *

@2004 geoAlaska * Commedia Dell 'arte: A Resource Book for Troupes A companion to John Rudlin's best-selling "Commedia dell'Arte: A Handbook for Actors", this book covers both the history and professional practice of commedia dell'arte companies from 1568 to the early 21st century. Suitable for both the beginner and the professional, it contains historical and contemporary company case histories, details on company organization, and tips on practical stagecraft.
[?] [blog] [2007] [2008] [2009] my notebook THEATRE & blogs 360.yahoo.com/anatolant + bloglines.com/blog/anatolant
A Dictionary of Theatre Anthropology: The Secret Art of the Performer A Dictionary of Theatre Anthropology elucidates the nature of dramatic action and the actor's craft by examining the dramatic event cross-culturally. More than just a dictionary, this is a handbook for theatre practitioners and a guide for students and scholars of transcultural performance. Delving into the underlying principles of technique in both Occidental and Oriental traditions, A Dictionary of Theatre Anthropology aims to expand our knowledge of the possibilities of the scenic body, and of the spectator's response to the dynamics of performance.

Part IV. The World of the Play

© 2005 by vtheatre.net. Permission to link to this site is granted. * eCitations